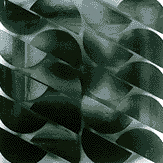 A solar cell that converts sunlight into electrical energy is sort of a semi-conductor power generator made of silicon. Sharp had preceded in successfully mass-producing solar cells first, establishing its reputation as a leading maker of solar cells. This was a significant step for the company, with solar cells being the most promising source of clean energy for the 21st century in these days of international concern regarding environmental conservation. Further, the development of solar cells was also the beginning of Sharp Optoelectronics.