Business Vision / Contributing to the SDGs through Business

Business Vision “Changing the World with 8K+5G and AIoT*”

Sharp's vision is to change the world with 8K+5G and AIoT. We aim to build an 8K+5G Ecosystem and AIoT World to produce new value that only we can by working with various business partners and leveraging our unique innovative technologies in 8K, 5G, AI, IoT, and robotics. We will achieve innovation in the fields of smart homes, smart offices, entertainment, education, health, security, industry, and automobiles and attain sustained growth.

Contributing to the SDGs through Business

By acting as “One Sharp,” we aim to provide new value to the world and offer solutions to global social challenges by bringing to life our business visions of 8K+5G Eco System and AIoT* World.

Each of our business groups is working in their own realm of business themed on the contributions they will make to achieving the Sustainable Development Goals (SDGs) adopted by the United Nations in 2015, in an effort to both expand their business and produce solutions to social challenges.

SDGs That Sharp Aims to Contribute to

2019 marked the 60th anniversary of Sharp’s journey in solar power systems, which began from this observation made by Sharp’s founder, Tokuji Hayakawa: “If we could find a way of generating electricity from limitless solar heat and light, that would benefit humankind to an extent we can scarcely imagine.”

SESJ has remained true to these words, and works consistently from development to sales, installation, and after-sales service in its domestic and overseas energy solutions business to contribute to achieving the SDGs.

Specifically, through the expanding installations of solar power systems on rooftops of housing and factories to mega-solar projects, we are working to achieving goals 7 and 13 of the SDGs.

With a view towards promoting the use of renewable energy sources, we are also working to create smart homes that merge with people-oriented AIoT home appliances. We are also creating new solutions, like self-consumption systems that efficiently link solar power systems with storage batteries and systems to cut peak demand to help achieve goals 11 and 12 of the SDGs.

To support introduction of solar power generation by small and medium-sized companies in Japan, we have started offering Sunvista lease plans, which allow them to install solar power systems with no initial investment. Servicing and maintenance are also included.

In the residential sector, the COCORO ENERGY cloud HEMS*1 service was launched, which intelligently and automatically controls the charging of storage batteries according to the amount of surplus power of the solar power system*2 predicted by AI. With this service, households can use electricity generated by their solar power systems more efficiently. 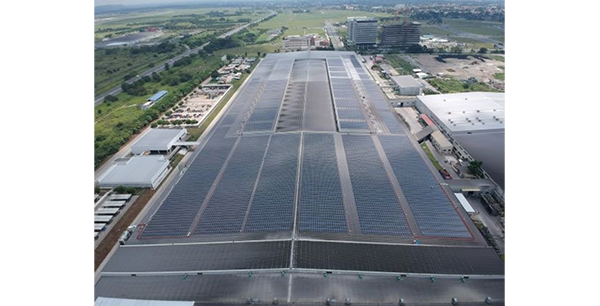 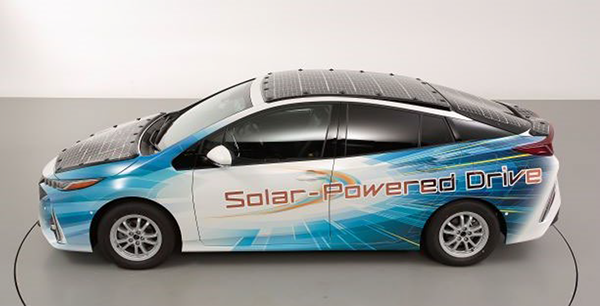 Display Device Company develops, manufactures, and sells display modules for a variety of uses. Among these, an LCD that utilizes IGZO, an oxide semiconductor that we were the first in the world to successfully mass produce*2 in March 2012, is notably characterized by its 1) high definition, 2) high-speed drive, 3) low power consumption, and 4) versatility in design. This LCD technology has found wide applications, including personal devices, such as smartphones and tablets, as well as industrial equipment and commercial displays.

In the coming era of 8K+5G, massive, high-resolution image data will be transmitted at high speed. Sharp’s display technology is essential for showing such information in real time with high quality. Ultra-high-speed and high-quality monitors supporting smooth high-definition video are suitable for making subtle abnormalities visible and detectable for their ability to show clear images. Therefore, they are expected to play a key role in wide-ranging fields, including healthcare, security, and infrastructure maintenance and inspection systems. There are also expectations for the creation of innovative displays useful in every aspect of our lives. These include mobile device and outdoor signage displays with high luminosity and ultra-low power consumption and in-vehicle devices with entirely new designs having a curved shape or plane.

The evolution of our IGZO technology continues daily to make these visions into reality. To add to our longstanding efforts put into LCDs, we have recently taken on the development of future displays that you can bend or roll. For this we are applying IGZO technology to OLED displays, which are becoming more common.

IGZO technology even expands into non-display applications. An example can be found in the healthcare field, where IGZO-based high-sensitivity sensors convert X-rays into high-definition images. While constantly evolving IGZO, we collaborate with diverse business sectors to go beyond simply displaying images, in search of ways to better contribute to the creation of a society where everyone can live a fulfilling life with ensured safety and security. At the same time, we continue to move forward to achieve the SDGs. 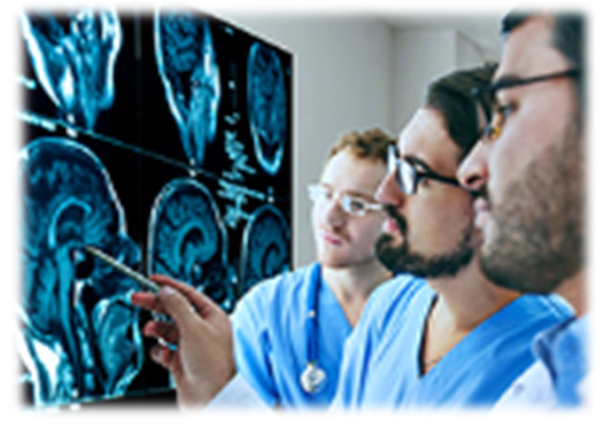 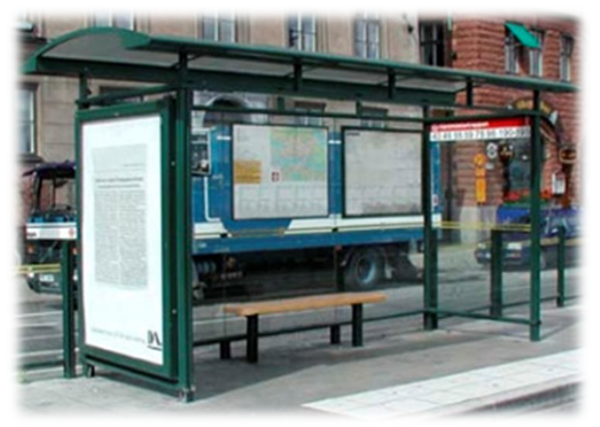 Dynabook is a business corporation that develops, manufactures, sells, supports, and services personal computers and system solutions products. With the vision “Changing the world through computing and services,” we are pursuing the fusion of hardware (“dynabook as a Computing”) and software (“dynabook as a Service”) and strengthening the technology that supports this endeavor as we expand our business globally. The contributions of our business and services to the SDGs span across the fields of education, energy, decent work, economic growth, industrial and technological innovation, infrastructure, and recycling.

In the hardware domain, we have released laptops with advanced functions that help customers diversify their work styles, as well as dynaEdge DE100, a model that facilitates enhanced productivity on the manufacturing floor and in other workplace environments. In the service domain, we offer life-cycle management services that meet the needs of corporate customers. These include kitting services, which refer to setting up PCs to make them ready to use as soon as customers receive and unpack them, and the operation and administration of PCs. On the technological innovation side, Dynabook has been proposing new value to society by leveraging the synergies with Sharp. One example is the development of the 8K Video Editing PC System.

Another strength of Dynabook is the ability to help people adapt to the “new normal” or a new lifestyle in the “with coronavirus” and “post-coronavirus” worlds. We can deliver solutions to new working styles and new ways of learning by integrating hardware with services. One of them is dynaTeams, released in January 2020. Building on Microsoft Teams, it is a one-stop, smart work (telework) solution package that consists of PCs, Sharp’s BIG PAD large touchscreen display, and service and support for the operation and maintenance of the entire system. We are also accelerating support for the introduction of ICT to schools. A typical example is our dynabook GIGA School Package, which has been adopted as a solution to the GIGA School Program of Japan’s Ministry of Education, Culture, Sports, Science and Technology. This package combines dynabook K50, a 2-in-1 laptop with a detachable display designed to meet the needs of educators, with original apps and PC management tools.

To be a company that supports and serves people, Dynabook will continue to face social challenges squarely and propose products and services with new added value that will deliver enhanced quality to communities and individuals through the fusion of “dynabook as a Computing” and “dynabook as a Service.” 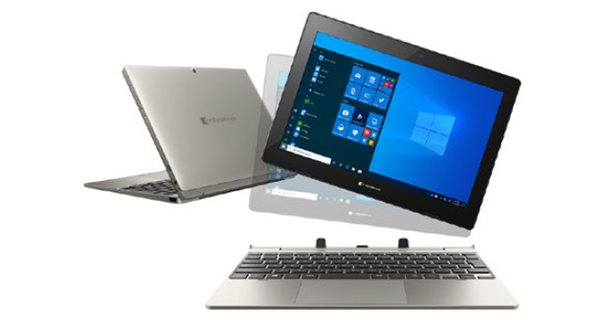 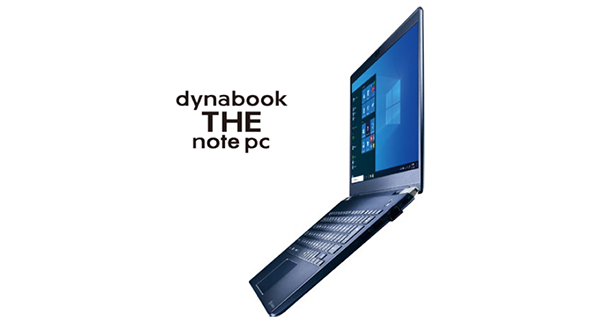